Vicki Mullin for Chester and Wrexham

FOOT REFLEXOLOGY
Earlier this year I was suffering from anxiety brought on by a number of family issues, and I was really struggling to cope. From the outset Vicki was very calming and reassuring. My hour of reflexology gave my mind time to rest and I came away feeling calmer and more able to cope with things. Vicki gave me time to talk through how I was feeling and allowed me to see the small improvements week on week.
Her treatment room is beautiful - clean, comfortable and relaxing.
I would have no doubt in recommending her to others.
Lizzie, Chester

FOOT REFLEXOLOGY
Reflexology with Vicki is extremely relaxing and enabled me to de-stress. I felt the benefits after just one session but this was enhanced after several excellent sessions. She is a very caring and intuitive practitioner who listened to me and made a real difference to my wellbeing. Vicki's treatment room is such a tranquil place that you can't help but relax and unwind.
Donna, Chester

FACE REFLEXOLOGY
I genuinely don't think I've had a more relaxing treatment, it was heavenly and I felt wonderful afterwards. The big test though, did it help my migraines? Well, after the first two sessions I wasn't completely sure if it had directly helped or not. But the third session, when I arrived I could feel a migraine developing and I knew the telltale signs of what was to come later that day. After the facial reflexology, the pain began to dull and by later that afternoon had completely gone - I was genuinely shocked! I will definitely be back for more treatments.
Angela, Chester 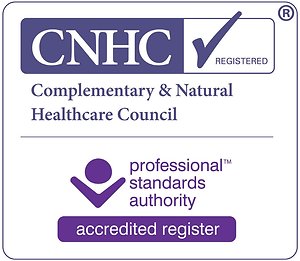 ©2022 Vicki Mullin is powered by WebHealer
Cookies are set by this site. To decline them or find out more visit our cookie page